Have you ever asked, in countries with billions of people like India with a football-loving sports culture, which is the oldest football tournament in India? If you are also curious about the king’s sports history in this country, let’s continue reading the article below.

Which is the oldest football competition in India?

Durand Cup is an annual tournament and there is only one trophy for the winning team throughout the history of the tournament. The team that wins the season will have the opportunity to keep the trophy until the next season is held. In 1965, the Durand Football League Association officially recognized the Durand Cup as a rolling trophy.

Durand Cup is magnificently designed with a flat round base and a golden cup placed on top of the tower. As of the last season, Gokulam Kerala is the defending champion holding this cup.

When did the Durand Cup start?

The Durand Cup with a long history was first held in 1888, in Dagshai by Sir Henry Mortimer Durand. Initially, this tournament was only in size and accepted the participation of the Indian Army teams that were still a British colony. Later, the Durand Cup was extended to all teams in India. This is also the 3rd oldest tournament in the world.

The Durand Cup is currently organized by the Eastern Command of the Indian Armed Forces and the West Bengal government. In the next 5 years, the Durand Cup will be held in Kolkata. If calculated by region, West Bengal is probably the state with the most football enthusiasts in this country.

Who was the first team to win the Durand Cup?

The first team to win the Durand Cup was the Royal Scots Fusiliers. They won with a tight score of 2 – 1 when playing the final against Highland Light Infantry. This is the first tournament with the participation of Indian and British officers.

Which is the most prolific team in the Durand Cup?

At 130 years old, Durand Cup from an internal tournament has become a national football star selection tournament in India.

Although it is a national tournament, it took more than 52 years for India to host the Durand Cup. Despite being one of the top Indian football teams and the first civilian team to participate in the Durand Cup, Mohun Bagan AC didn’t have a chance to win it until 1953. Instead, Mohammedan SC became the first Indian team to win the cup in 1940, they were also rivals from the same hometown as Mohun Bagan AC.

Since the 1950s, Mohun Bagan and East Bengal have respectively held the league’s record for most goals with 16 goals.

However, the highest winning rate and the most outstanding performance is the team of the Border Security Force with 7 titles and holding 77.78% in the final matches. Meanwhile, Mohun Bagan and East Bengal have only a 61.54% win rate.

More: when did Italy win The World Cup? 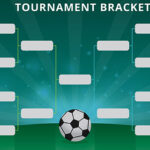