Which is the biggest stadium in England? Naturally, some objects may be fairly little in terms of the number of people they can hold inside of them while being extremely large in terms of the amount of space they occupy. Which ones, then, have the most inside space for fans and are simply plainly incredibly big? We’ve been conducting some studies.

Top 10 the biggest stadiums in England by capacity 2022

Here is a list of the top 10 stadiums in England at the moment. 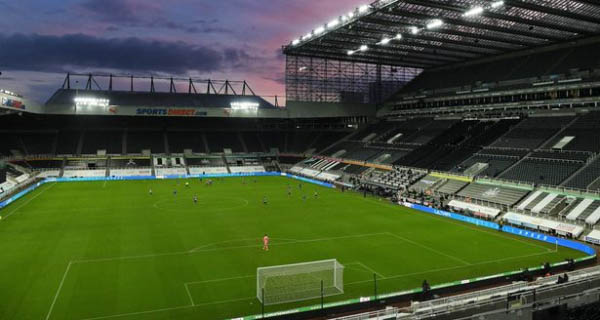 Since 1880, St. James’ Park has been used for football, and since 1892, Newcastle United has called it home. It is bigger than the Villa Park stadium.

Due to the club’s ambition to increase the stadium’s size and the locals’ desire to prevent that from happening, there have been predictions that the team might leave the stadium on a number of occasions. Instead, the stadium has undergone multiple development phases, giving it a strangely uneven appearance. 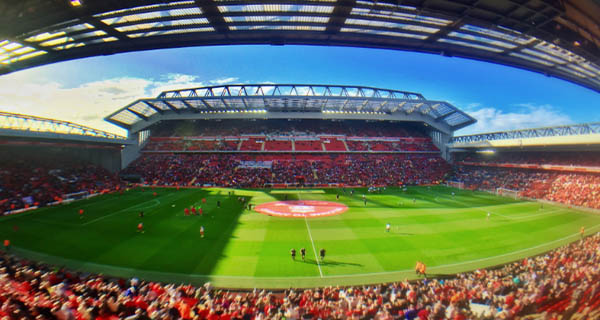 Anfield is one of the biggest stadiums in England, which opened in 1886, is one of the largest and most well-known arenas in Europe as well as England. However, a rent disagreement led to their departure for their own football ground, leaving the stadium’s owner, John Houlding, without a team to use for football. As a result, Liverpool Football Club was established, and it later became the most prosperous British football club ever.

Manchester had a modestly ambitious goal of hosting the Olympics in 2000. A stadium that could serve as the primary venue for the majority of the events—their version of the Olympic Stadium, if you will—was one of the requirements for their bid.

Even though the city’s bid was ultimately turned down, the City of Manchester Stadium was nonetheless built. The ground was chosen to host The Commonwealth Games in 2002.

Arsenal’s all-glitz stadium, The Emirates, was constructed to take the place of their previous home, Highbury. Only Wembley and Old Trafford in England can accommodate more fans than The Emirates, and all three of those venues may have the same sterile atmosphere that comes with big, overly constructed stadiums.

The club has made an effort to address this by “Arsenalizing” the stadium, but as long as the club prioritizes income over personality, the sterility will persist.

The stadium was one of the first to depart from the English custom of having four distinct stands and choose the more continental appearance of continuous seating in the form of a “bowl.” It has occasionally hosted Brazil international friendlies in addition to Arsenal games. On seven different occasions have this occurred, however only two of them involved matches against “Home Nations” like Scotland and the Republic of Ireland.

The Emirates is one of the biggest stadiums in England and has the capacity to host musical performances. Coldplay became the first band to sell out the stadium for a concert, and Bruce Springsteen held the first there.

Celtic, one of the teams that compete in the annual Old Firm derby with city rivals Rangers, owns the largest stadium in Scotland. It is not an all-seated stadium. Contrary to popular belief, it didn’t undergo any particularly significant renovations until the 1990s, after it opened in 1892.

The ground was largely the same in 1994 as it had been 112 years before, despite the addition of a cover to the terraces and the installation of floodlights.

The history of the London Stadium is brief but intriguing. West Ham United has taken over the stadium, which was originally intended to serve as the focal point for the 2012 Summer Olympics when London served as the host city.

The transfer to the Olympic Stadium has undoubtedly helped West Ham improve their game as far as their home field is concerned. Known for the majority of its life as Upton Park but suddenly became The Boleyn Ground just as the Hammers were getting ready to depart it. 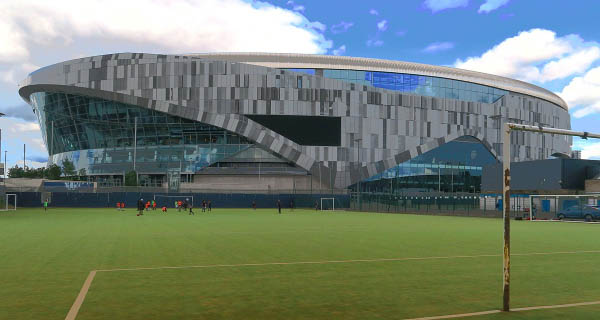 The unimaginatively called Tottenham Hotspur Stadium, which was constructed to replace White Hart Lane, is the third-largest stadium in England and can lay claim to having the only retractable, dividable pitch in the nation. This was incorporated into the plan so that the stadium could serve several purposes – it also accommodates NFL games, concerts, and other events of a similar nature.

Although the project didn’t start until 2016, construction on the new stadium had been planned since 2007. Until that time, the stadium was still being used as some of it was being torn down. Tottenham declared Wembley their home throughout the interim years until the new stadium was completed before this ultimately became unworkable in May 2017. 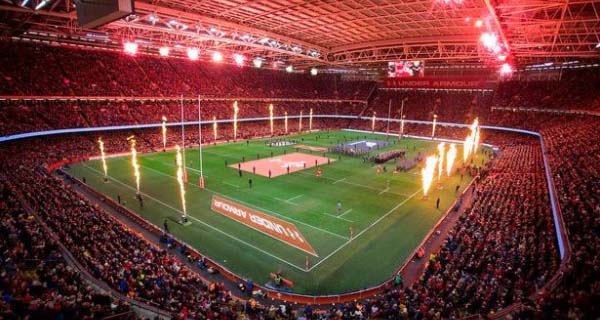 The Principality Stadium is one of the biggest stadiums in England and, also known as the Millennium Stadium to most people due to sponsorship, serves as both the permanent home of the Wales national rugby team and the temporary home of the Wales national football team. But for many English football fans, it served as the venue for the FA Cup and League Cup finals from 2001 to 2007 when Wembley was being renovated. 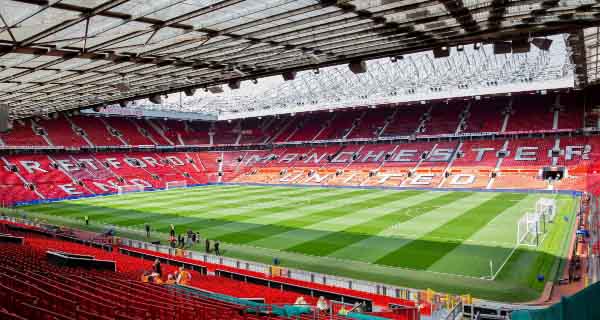 Manchester United has called Old Trafford their home since it opened in 1910. The stadium is filled with “nods” to the team’s illustrious past, such as statues honoring Matt Busby and Alex Ferguson, as well as a stand bearing his name. The Hillsborough Disaster Taylor Report was published in the 1990s, which led to several key stadium developments.

The Wembley that exists now, although being perhaps one of the most well-known stadiums in the world, is not the same one that most of us would recall from our youth. Wembley is, in essence, the national team’s stadium for England, but it is also much more than that.

It serves as the nation’s emblem, a stadium that embodies everything that is English. The majority of the biggest games in the nation are played in this stadium.

Above is our list of the biggest stadiums in England. One of the best memories a football fan may have is watching a game live in the stadium on a matchday. We hope that you will always be able to watch the latest matches of your favorite team in their stadium.